Breastfeeding advice and support from mums to mums❤❤❤ 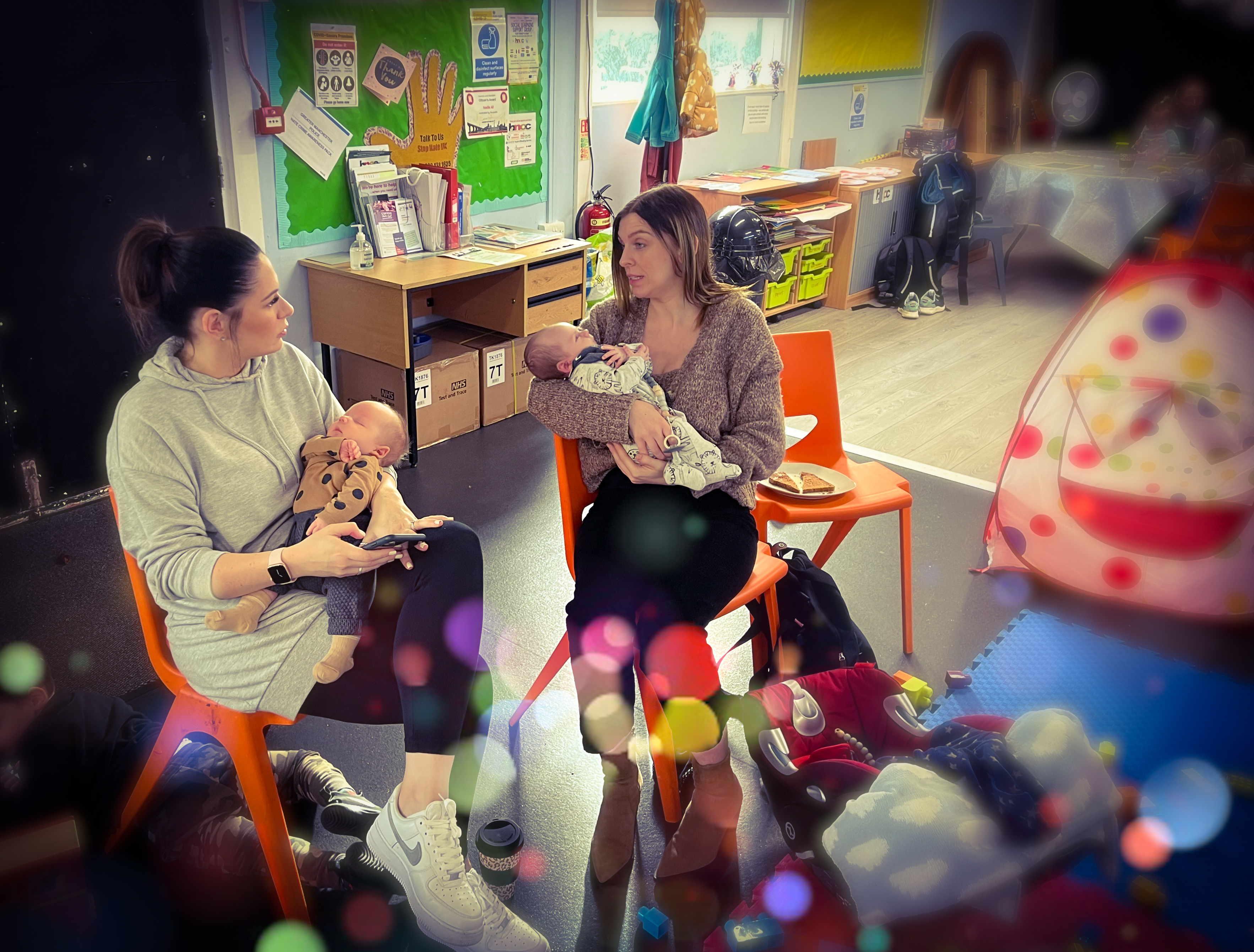 If you are reading this it’s because you have just started your breastfeeding journey or you are hoping to breastfeed your baby once born.

This is by no way a preaching post, it’s just a little information from mums who have breastfed to mums who are starting out or hoping to start when their baby arrives.

From the minute I found out I was pregnant I knew I wanted to try and breastfeed, it was my preferred choice and I was excited about. I researched a little, but it was essentially chatting with friends that gave me the knowledge and confidence that saw me through.

I breastfed both my girls but had pretty different experiences initially…. I’m going to talk about my first experience of breastfeeding…

Eva (my first) struggled to latch on to begin with, it actually took three weeks of trying daily and expressing, until we both finally got the hang of it, and then she was feeding off me regularly. I didn’t really feel mass pressure or like it was ‘too hard’, I had made a decision to breastfeed and I was sticking to it. This situation would have been way harder second time around as you just don’t have the same time frames to practice and experiment. My husband fully supported me and that helped massively. Thankfully he never said anything like “just use formula”, he knew how important it was to me and he was just really positive about it. I had already bought bottles, a steriliser and pre-made formula anyway, which gave me the reassurance that I had a back up if I needed it. I had an electric breast pump which was an absolute godsend in the first few weeks!! I was able to express really good amounts, so I knew that wasn’t the issue, It was purely the latch. After all, I had never done this before, l was learning a new skill and Eva had every natural instinct to feed off me, but she just couldn’t seem to get a proper latch and she was a real ‘head bobber’ bouncing off my boob with her face

At times it was super painful, my boobs were so engorged with milk and I got mastitis on the right side. It was challenging at times but I was confident it would ease up. I didn’t set a time frame in which I would stop trying, I just took each day as it came. Some days she would feed off me 2/3 times and the next day just once. I was feeding on demand so if she was too hungry and couldn’t latch, she would just get too distressed and I would get all tense and it was a no go. I kept a supply of at least 5 feeds in the fridge so I was always prepared. She was taking about 60ml at this point. And I was pumping about 90ml to 120ml so I could split the feeds.

My midwife was amazing and really encouraged me, plus Eva’s weight never dropped, she always gained in those first few visits so I knew it was ok to keep doing what I was doing.

Exactly 3 weeks after she was born, we just had a breakthrough and she fed off me all day. I still expressed 2 feeds a day (just in case) and built up a supply for the freezer. I didn’t actually feed her in public till she was 3 months (off the breast), I just hadn’t managed to do it discreetly yet, and I just wasn’t confident. I practised at home though and watch videos on youtube to help me. It worked and eventually I felt confident. A top tip would be to wear a vest top under your other top so you don’t feel so exposed when you lift or move your outer top, it worked for me anyway.

Everyone’s experience is different, and whilst it’s important not to constantly compare yourself to others, its so good getting tips from mums who have been there…. I am lucky to have women around me that are happy to be open and honest about their experiences; to share the good and the bad, to help empower others, regardless of how you choose to feed your baby… below are some comments full of experience and advice…

“I never put pressure on myself about the way I was going to feed my baby, I wanted to try breastfeeding and thankfully she latched straight away. I really enjoyed it, I liked the comfort of being skin to skin, and it relaxed me. It was our time together.

Initially, my nipples really hurt, when she latched on the pain would make my toes curl but people tell you that the soreness passes and it really does!!

It’s strange as you can find breastfeeding so overwhelming, but when it came to bottles, formula, sterilising, etc that scared me too. No way is there an easy option – motherhood is a bloody tough job”

. The hardest parts were the first 6 weeks, not really knowing much about breastfeeding, and him struggling to latch on at times. It also hurt at times and I often felt pressure to feed him formula, from others, who assumed he wasn’t feeding enough. Also breastfeeding felt a little lonely at times, especially being a social person, but I knew it wasn’t forever and I was just determined to feed my child that way.”

“The best thing about breastfeeding was definitely knowing that it is the most natural and nutritious way to feed your baby and the bond that it allows you to make with your newborn. I also like the fact that I lost a lot of my baby weight quickly through breastfeeding. However, I did find that there was a lot of pressure on me as it’s something only the mother can do. I also found it difficult to judge how much milk was being consumed and the sleep deprivation was extremely hard. It’s also very difficult to juggle a social life as I wasn’t confident enough to breastfeed in public. If I was to have another baby, I would breastfeed again for the first few months but after that, I would be happy to switch to formula!”

“I always knew I wanted to breastfeed, so when my son was born at 35 weeks and fell into the premature bracket, I was encouraged by the hospital to express my milk so they could monitor the amounts he was getting. After 5 days in the hospital, I had established such a good routine expressing, I carried on.

Various professionals did question me throughout the weeks that followed. I was asked over and over, WHY? I was continuing to express over actually latching him on?! It got quite repetitive and boring! As a new mummy, it was as if my choice was wrong; I had a routine, a good milk supply and my husband could support me, why did it matter how he got the breastmilk?!!

Expressing wasn’t plain sailing though, I experienced cracked nipples and, WOW, I was emotional. It also meant I was up longer through the night to feed him, then express. But I did it and it was my choice.”

“The best thing about breastfeeding for me is the sense of achievement being able to feed my baby myself, I feel it helped to form a lovely bond with May (although I’m sure I would have If I formula fed her). It’s just so practical, being able to feed her straight away when she was hungry.

I did feel awkward breastfeeding in public, I was very concerned about people’s opinions. I would try to cover up with a muslin cloth to start, but it was just too awkward! I’m more confident now and will feed wherever I am. My top tips for breastfeeding in public would be to buy a few good maternity tops and to remember that you’re just feeding your baby. If people have a problem with it, it’s their problem, not yours! It’s highly unlikely they would state they disagree with breastfeeding anyway!!”

Rachael, Mummy to May x

“The main reason I loved breastfeeding was I felt an overwhelming sense of pride knowing I was giving them the best start in life with milk that was tailored just for them. Knowing that they would grow up with immunities that I had given them. It was on tap..no sterilising needed and no waiting around.

The hardest part was the anxiety of feeding my baby when people came round, people that didn’t understand and felt awkward even though I didn’t. I felt a strange sense of not wanting to humiliate my friends/family by getting my boobs out in public. And the first two weeks when my nipples were so sore and cracked..wanting to give up but feeling really guilty for feeling like giving up because I didn’t want to! And dreading the first latch in those first two weeks.”

An array of different experiences there from wonderful everyday mummies, everyone states differences but a common trend is the initial discomfort mums feel when they first begin breastfeeding. I do remember being told “it should NOT hurt”, but it does bloody hurt, to begin with. Your boobs/nipples have never experienced so much stimulation, saliva and lactation. Of course, it’s going to be uncomfortable to start. You are practising something you have never done before, or even if you have BF before, It’s still far and few between, in comparison to the amount of time you don’t have a small human attached to your boob, every 2/3 hours for up to 1 hour, at the least!!! It going to take some practice and probably a few tears! Look at it like anything else… it’s a learning curve, you will get the hang off it and find ways that suit you and your little one.

Below I have added some useful links to the benefits of Breastfeeding and also just some interesting facts, just in case you wanted to look a little further

If you can, please donate to help the free peer support sessions Donate here